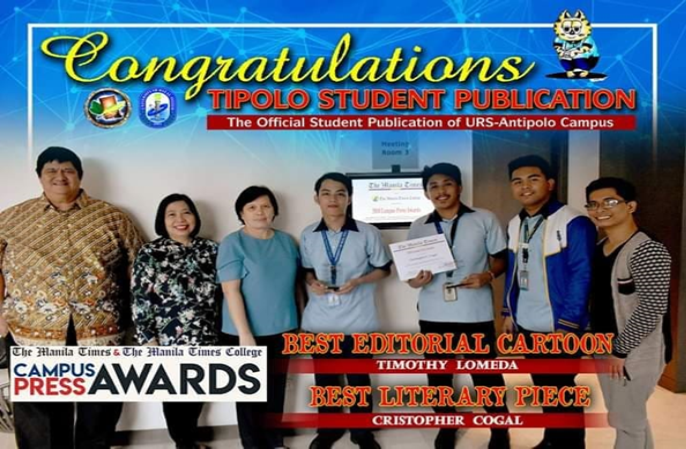 Tipolo’s literary editor, Cristopher Cogal, fourth year BS Civil Engineering student, emerged as victor for his literary piece entitled “Opo Sir! O, Pushet! Officer”. His poem tackles the extra judicial killing in the Philippines. On the other hand, the publication’s cartoonist, Timothy Lomeda, a first year BS Civil Engineering student, clinched the best editorial cartoon for his work about the capability of the government to sustain the free tuition fees in state universities and colleges.