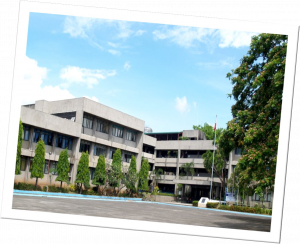 Initial phase of the program was the sending to URS of faculty and students from Thai Nguyen University in June 2007 for Intensive English Language Course. But prior to the arrival of the students, URS secured authority from the Bureau of Immigration to accept foreign students per AAFS No. MCL-07-111 dated 20 June 2007.

Following strictly the curriculum of URS, faculty of URS went to Vietnam to teach Intensive English as well as subjects in the MBA. The 27 MBA students who participated in the first MBA program were able to graduate on April 17, 2010. Their graduation went thru the process of approval from the local academic council, to the University Academic Council.

The second MBA program of URS was started in June 2008 with students coming from Phu Thu province. The program was divided into two with MBA 2A having 28 students and MBA 2B having 34 students. After two years of MBA studies, they were able to graduate on August 27, 2010 under Academic Council.

The third and final MBA program was started in January 2009. With 32 students, they are scheduled to graduate in April 2011.

The University of Rizal System is being recognized as a strong provider of education not just locally but internationally.