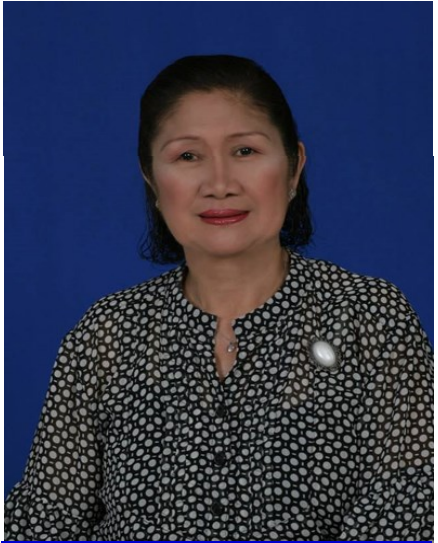 Hon. Olivia Feliciano De Leon, popularly known as Dr. D, incumbent Mayor of the Municipality of Morong and former President of the University of Rizal System, graces this year’s Program on Awards and Incentives for Service Excellence (PRAISE), October 15.

Dr. D has a kilometric list of achievements and has broken many glass ceilings that solidify her stature as a larger-than-life public servant. Her exemplary character and charisma endure for more than 50 years of selfless dedication towards the promotion of growth and development for all. She has excelled in a multitude of fields and has shared this virtue of ensuring the common good through her stint as a public official.

Dr. D finished her Doctor of Education major in Educational Management degree from the Manuel L. Quezon University, has completed the academic requirements for the degree Doctor of Philosophy major in Human Resource Development at the Eulogio Amang Rodriguez Institute of Science and Technology of which she also earned units in Doctor of Business Administration from the same institute. She also earned units in Doctor of Philosophy major in Technology Management from the Technological University of the Philippines. She has been a scholar on multidisciplinary courses sponsored by the Government of Israel, Southeast Asia Ministries of Education Organization – Regional Center for Innovation and Technology, SEAMEO-Canada Grant, Government of Canada and the Republic of Korea.

Her brilliant career has crossed boundaries interfacing from the academe to the political realms. Dr. D rose from the ranks starting as an elementary school teacher in 1969 to becoming the first (woman) President of the University of Rizal System from 2002 to 2012, holding various administrative positions in between.

It was during her term that the PRAISE Awards was established at URS.

After her retirement from the academe, due to the insistence of the public, believing that she can still contribute to uplift the welfare of her fellow Rizaleños, she ran and won a seat as Board Member of the Province of Rizal from July 2016 to June 2019 and finally as Mayor of the Municipality of Morong from July 2019 to present. During her tenure as a public official, she prioritized initiatives to sustain not just educational excellence but also agricultural modernization, livelihood trainings and development, women empowerment, and other non -bureaucratic provision of basic services to the public. Morong is now an emerging growth hub in the province thanks to her leadership.

She is likewise a visiting professor or an adjunct professor in various universities like the Laguna State Polytechnic University, St. Jude College, Lyceum of Batangas University, Eulogio Amang Rodriguez Institute of Science and Technology Technological University of the Philippines, Tomas Claudio Colleges, and her very own, University of Rizal System.

Dr. D, in spite of her very busy calendar, still finds time to support causes close to her heart like her involvement with the Pangkalinangang Kilusan ng mga Taga-Morong (PAKITAMO) in the promotion of Morong’s rich cultural heritage, the Pacheco Art Foundation, Rizal Children’s Violin Ensemble by the Asian Institute for Liturgy and Music, PAYAPA Club, and her close affiliation with the church having been appointed with various significant positions in the Catholic Women’s League under the Diocese of Antipolo, St. Jerome Parish and with the Sisters of the Poor of Saint Catherine of Siena.

The URS community is indeed very grateful for the time she so generously shared to inspire everyone to, just like her, go beyond personal limitations and be an example for others to follow. After all, PRAISE is celebrated every year to inspire each and every public servant to do their best in the promotion of the common good and in uplifting each other to be better every day. // ~Jeffrey M. Azor