The University of Rizal System recognizes two alumni passers as they set a new record placed 8th and 2 nd respectively, in the Licensure Examination for Teachers (LET) secondary level and Electronics Technician board examinations held in January and April. 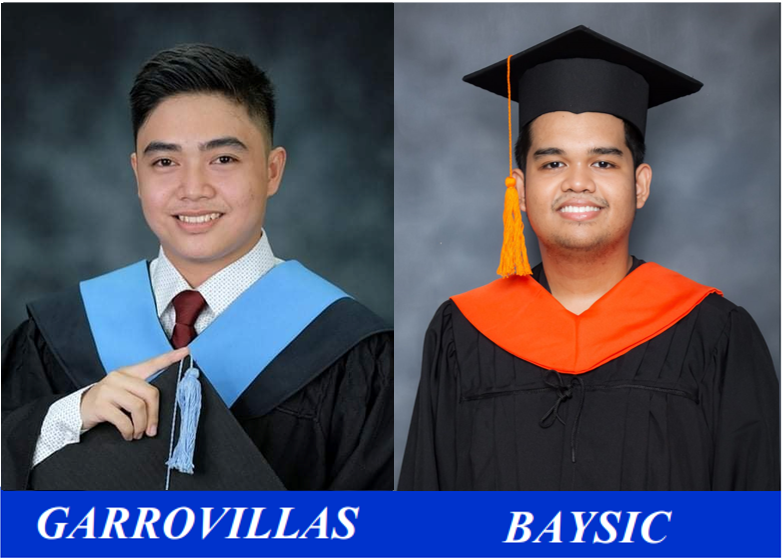 Mr. Justin Garrovillas obtained a rating of 91.20% which placed him on the 8th place in the Licensure Examination for Teachers (Secondary Level). Concurrently, Mr. John Carlo Baysic also topped the board having the rating of 93% placing him 2nd in the nationwide examination for Electronics Technician.

Likewise, the University acknowledges the new board passers for this years’ nationwide examinations from January to April in different fields of specialization across all URS campuses. Alongside, URS recognizes the following campuses who successfully had a 100% overall performance as per result of the board examinations: LET (elementary level) in January – Angono, Morong and Taytay; LET (secondary level) in January – Antipolo and Cardona; Certified Plant Mechanic in February – Morong; LET (elementary level) in March – Antipolo; LET (secondary level) in March – Antipolo; and Electronics Technician (ECT) in April – Antipolo and Morong.

The table below summarizes the number of board passers in URS from January to April: 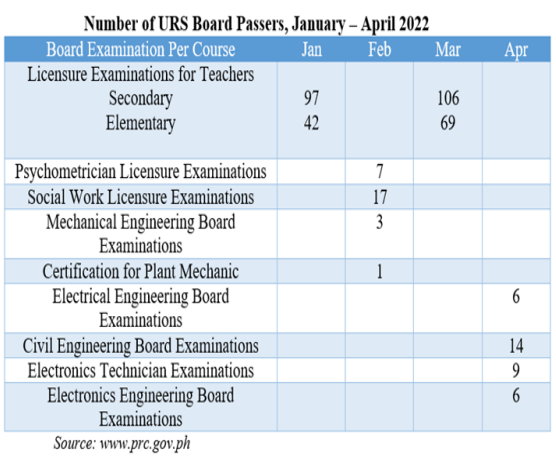